A Christian missionary who allegedly told a counselor in Virginia that he had sexual contact with minors in Haiti has been arrested and is in federal custody, authorities said Friday.

If the allegations are proven, James Arbaugh, formerly of the Virginia town of Stuarts Draft, would be only the latest missionary to take advantage of Haiti's extensive poverty and anemic rule of law to abuse vulnerable youngsters. He lived in Haiti for at least a decade and described himself on a personal blog as a missionary with a group called "Walking Together for Christ Haiti."

A federal affidavit filed by a special agent with Homeland Security Investigations says a counselor in Virginia reported Arbaugh to authorities in September after he allegedly disclosed sexual contact with boys. The affidavit alleges he told investigators in subsequent interviews that he "groomed" or had sexual contact including oral sex with at least 21 boys. One 5-year-old boy he allegedly molested was the son of a pastor in Jeremie, a city devastated last year by Hurricane Matthew.

"Arbaugh described sexual acts that took place with at least 15 minors which would be considered illicit sexual conduct," special agent Tami Ketcham wrote in the affidavit.

Carissa Cutrell, a spokeswoman with U.S. Immigration and Customs Enforcement, said Arbaugh is in federal custody.

Authorities have 30 days to indict Arbaugh, ask a judge for an extension or dismiss the charges, according to Brian McGinn, spokesman for the U.S. attorney's office in the western district of Virginia.

It wasn't immediately clear if Arbaugh has a lawyer.

Teams of missionaries are a very common sight on U.S. flights to Haiti. For decades, they have done vital work running a network of hospitals, orphanages, schools and food-distribution sites in the hemisphere's poorest country.

But over the years, some foreign missionaries have been arrested for sexually abusing children. Some have worked in Haiti's poorly regulated orphanages, where many youths are not orphans at all, but sent by parents who can't support them.

"I expect that what we're seeing is just the tip of the iceberg," said Brian Concannon, executive director of the Boston-based advocacy group Institute for Justice and Democracy in Haiti.

Concannon said the Haitian government needs to do a far better job of protecting its most vulnerable citizens, but the first line of defense against sexual predators preying on children should be the church groups that send missionaries overseas in the first place.

"They need to step up to ensure they are not supporting child abusers," he said.

On his blog, Harbaugh has photo galleries that show him lying on what appears to be a beach with naked or half-naked children. He described himself as an evangelist and religious film producer. 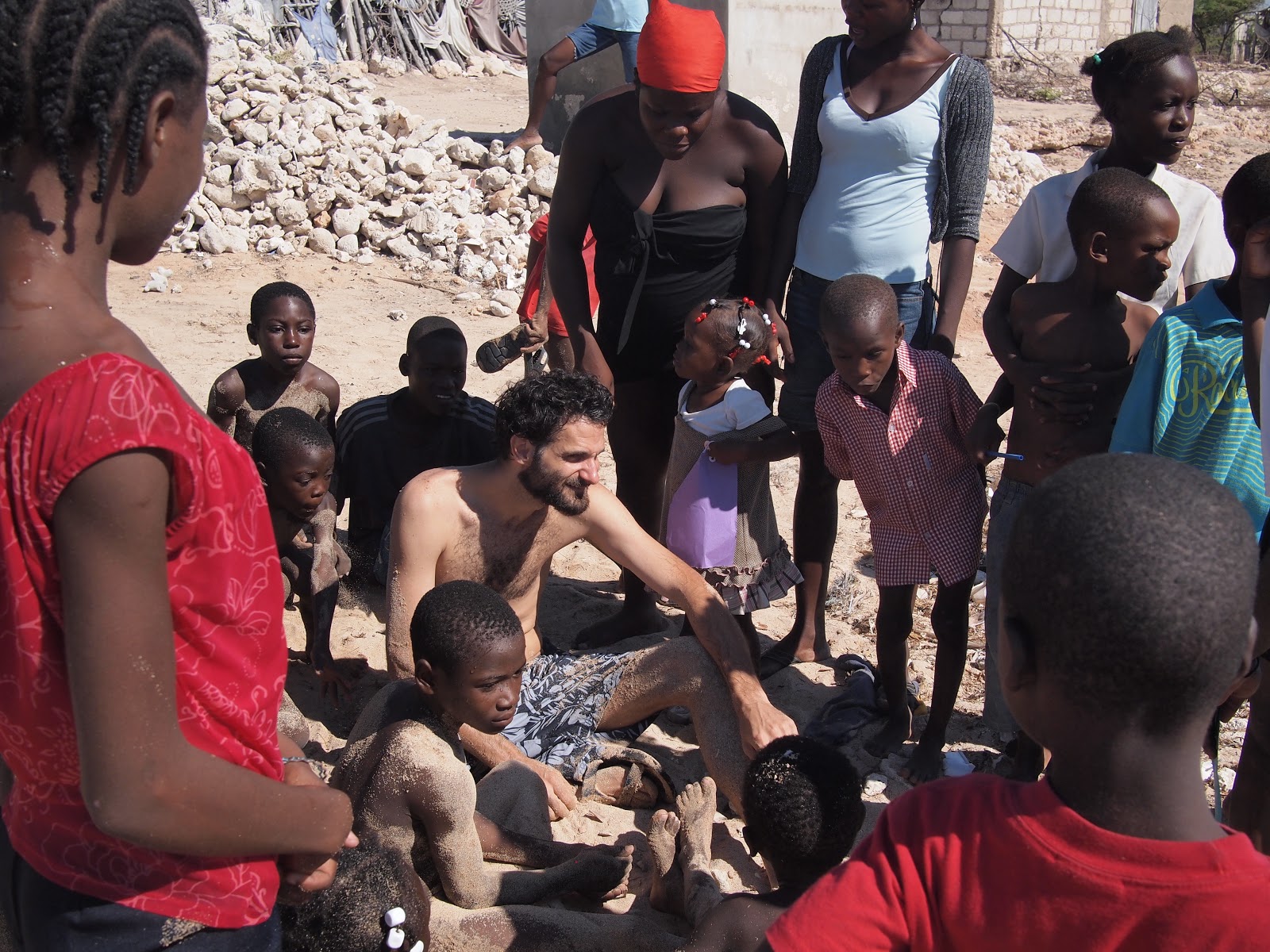 The affidavit, which was published by The News Leader newspaper, alleges that he would swim naked with Haitian youngsters while traveling around the country, "and at times genital skin-to-skin touching would take place beneath the water."

A spokesman for the Haitian National Police could not be contacted for comment. A website for the group "Walking Together for Christ Haiti" was not functional.