Posted by hougansydney.com on Friday, October 10, 2014 Under: Tourism 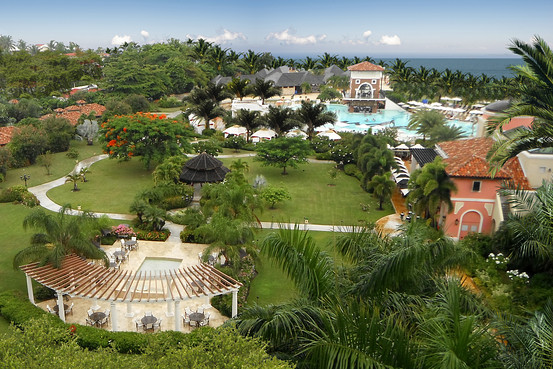 The Haitian Government is seeking partners to build a 16 miles stretch beach-front resort destination in Cotes de Fer, a semi island off Haiti's southern coast. The Haitian Ministry of Tourism estimates that the construction of this mega resort will cost $350 million in private and public investments to develop the area, including infrastructures such as utilities, a sewer system and roads.
The resort will include 4.000 hotel rooms, which will double Haiti's current hotel rooms count; an 18-hole golf course and and a new International Airport. The Dominican Republic-based Airport operator Punta Cana has agreed to build and manage the Airport, according to Haiti's Minister of Tourism Stephanie Villedrouin Balmir. The Inter-American Development Bank has also agreed to support the project by spending $36 million to upgrade Cotes de Fer's waterfalls, caves and other natural attraction sites.
Alejandro Zozaya, CEO of hospitality company Apple Leisure Group said that he would like to open one of the hotels during the first phase of the project. Apple Leisure is currently seeking partners to invest alongside it in the Cotes de Fer resort, saying " it has all the ingredients for success." Citing Cotes de Fer striking natural beauty and proximity to the US. Spain's Melia Hotels International has also expressed interest in building a hotel there.
The first phase of the plan will include four hotels and the international airport, to open in 2017. The first phase of the plan will create an estimated 10.000 direct and indirect employment.