Chinese investments growing in the Caribbean, but not so much in Haiti

Posted by hougansydney.com on Thursday, April 9, 2015 Under: Trade 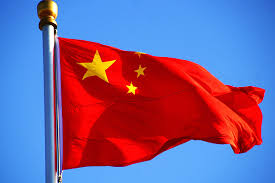 << The presence of China in the Caribbean >> is the title of a study carried out as part of a partnership between the Institute of the Americas and the French Development Agency. Published in February 2015, the study wondered if it was time to talk about a possible Chinese breakthrough in this area historically under the influence of Europe and the United States.

From the figures and statistics of the last ten years in particular, this study therefore questions the role and China's specific weight in the fortnight of Independent States that includes the Caribbean.

<< It is estimated that the amount of the PRC loans to the Caribbean area is U$740 millions in annual ean since 2010 >>, The study noted in its compiled 78 pages. The World Bank and the Inter Development Bank (IDB), for their part, have granted, respectively, during the last five years, loans totaling $ 400 million and about USD 1.3 billion.

<< In 2013, Haiti's imports from the Asian giant would have totaled $ 100 million >> says the study before making out that the Jialing brand motorcycles as well as Chinese cars and trucks for example, are more and more numerous in the streets of Haiti's capital, Port-au-Prince. Other products imported from China, include textiles and plastics.

Furthermore, according to the study, in the space of two decades, trade between China and the Caribbean have recorded strong growth. << Between 1990 and 2008, they were multiplied by one hundred >>  informs the study.

However, for the CARICOM sub-region, three trends seem to emerge: Chinese direct investments are concentrated in the less populated areas, the richest in natural resources and located in the rather poor range.

Further, the authors of this study highlight the diplomatic component in the relationships defined between the two regions. The objectives pursued by China in Latin America and the Caribbean, they add, are clearly established in a white paper that provides a principle for partner countries, in this case those of the Caribbean, renouncing the development of relations and official contacts with the island of Taiwan.

The fact that the government of President Martelly continues to recognize Taiwan and envisages the creation of a space dedicated to the Taiwanese investment in Haitian territory, in addition to the particularly strong position of dependence vis-à-vis the United States, helped to limit the development of a commercial partnership with the Asian giant, according to the study.

About Chinese investments, Haiti still has to wait. << In the absence of diplomatic relations, Beijing has not invested in Haitian territory >>, says the study.